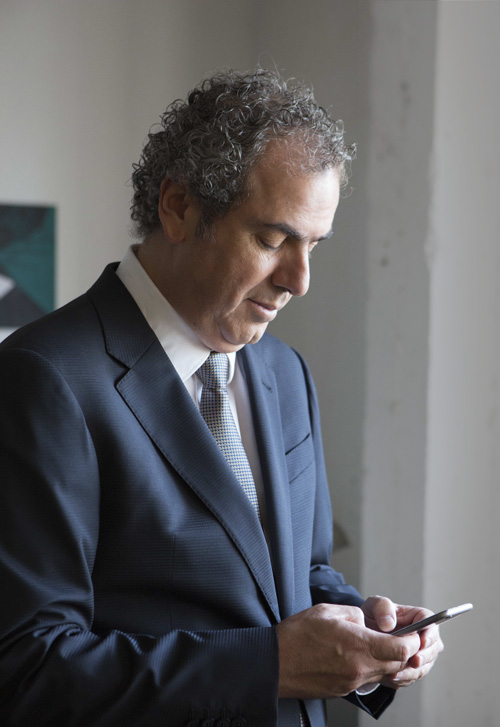 Yoram Dvash, born in Israel in 1964. He founded his company, Dvash Diamonds, in 1991 and today it is one of the leading companies in the Israeli Diamond Industry.
In April 2020, Dvash was elected Acting President of the World Federation of Diamond Bourses (WFDB) after serving four years as Vice President and as a member of the Executive Committee of the WFDB.
At the same time Dvash has served for the past five years as President of the Israel Diamond Exchange, one of the world’s major diamond bourses, thus leading thousands of dedicated people who constitute the Israeli Diamond Industry, one of the flagships of the Israeli economy.
Dvash first entered public service in the 2013 when he came in first in the elections for the IDE Board. In that year Dvash was appointed IDE Honorary Secretary, Chairman of the Industry Committee and Chairman of the Marketing and External Relations Committee. In 2015, he was elected as the 10th President of the IDE. In 2017, he was elected as IDE President for a second term.

During his tenure as Chairperson of the IDE’s industry committee, Dvash was essential in pushing forward the Modern Manufacturing Center in Ramat Gan. He also initiated the "10+ carat development section" in the technological service area in the bourse trading hall, to assure that such diamonds are manufactured in Israel rather than abroad.

As IDE President Dvash has implemented many reforms in the Israel Diamond Exchange, and has integrated innovative technologies and new methods of communication. He continues to work with the highest levels of government to enhance the Israeli industry and implement strategies to meet the huge challenges ahead. One of Dvash’s recent initiatives has been building a digital platform for international diamond trading - Get Diamonds - which has recently become the official e-commerce platform of the WFDB.

Dvash established his successful company, Dvash Diamonds, 30 years ago, initially producing small square and princess cut diamonds, and later moving on to manufacturing larger stones, both square-shaped and rounds, in sizes up to five carats. His company has established strong trading partners in the major international hubs - the United States, India, Europe, Hong Kong and more.
He joined the Israel Diamond Manufacturers Association (ISDMA) in 2000 and has been an ISDMA board member since 2011. He has also served on the board of the Israel Diamond Institute (IDI).
Dvash is a father of three children and one grandchild.